Q. You underwent total hip arthroplasty at the age of 43. Since this is younger than average, what was the 'trigger for deciding to undergo surgery'? 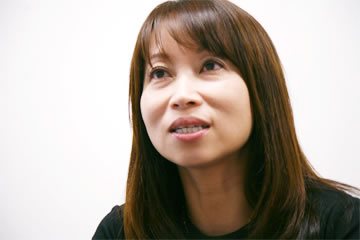 A. It was mostly fate, but I thought "here is the optimal timing of surgery for me."
Above all, a big reason was that when I went to a nursing home to volunteer with a nail school student, a woman in a wheelchair said to me, “I cannot do anything for people with bad legs, nor for myself. Because you can delight people so much, do your best” It was as if she had noticed that my leg was bad.
At the age of 40, when the pain was increasing, I thought, "Oh, I have to do more. But I cannot do it because my leg hurts." That's probably because I move more than other people. There are many trips, not many breaks, and there are even some school events for my kids on Saturday. It was best to be able to move freely and without pain.
The doctor in charge told me that the hip prosthesis should wait until the age of 60, but I would not like my life very much if the condition lasted for another 20 years! I wanted to be able to do what I want to do and what I need to do.

Q. "The condition of your legs before surgery", was it a feeling of living while trying to suppress the pain? 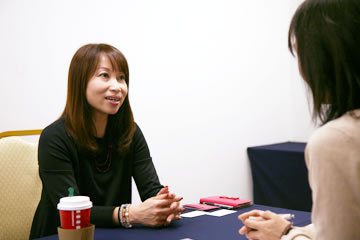 A. Yes. I thought that was not good either. When I used a stomach camera at the doctor, I could see that I took too much painkiller and my stomach was white, and the painkiller itself was becoming less effective.
There is a difference in leg length, so it is difficult to open the hip joint, and so on.
I couldn’t wear socks and I was unable hold my knee when crouching.
I had both dilemmas, saying to myself, "I cannot make myself better and I can't do my favorite things," so when I consulted with my doctor he told me, "there are people who are getting surgery in order to move better and feel younger, so it's your decision ". After that I decided to get surgery.

Q. However, are there concerns such as revision during surgery only for young people?

A. I did not feel anxious after deciding to get surgery. The sense of security and expectation of being released from pain was better, and I was even excited when I took my own blood (laughs).
I trusted by my doctor very much, and I was not concerned because my doctor said that "one or two patients had needed revision in 20 years." If I need to replace it, then I will think about it at that time (laughs)! 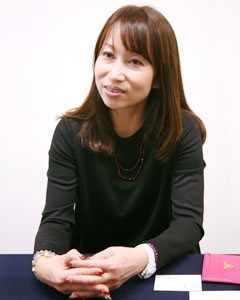 Q. If you are going to have surgery, it’s important to be positive, right?

A. It's not life-threatening, and it's pain-free because it's a surgery to improve your quality of life.
People often say "I'm wondering if I have a child and I'm wondering if I'm going to do surgery," and each person's environment is different, but when I decided on surgery I think everyone around me helped support me a lot. Besides, it is also a pleasure for children to see their mother be relieved from pain and become energetic again, so I think that your family will surely understand.
There were many people saying, "There are no people who you can rely on living alone," because I also came to Tokyo from Gunma and was hospitalized there. If you think that this is the best timing of surgery for you, you may not have to worry much about that.

On the next page, I will talk about mindfulness in rehabilitation.

※ The content of the consultation is just the experience of one person. Consult with your doctor for more information because symptoms and consequences vary from person to person.